Some countries have spent a large amount of money in bicycles. Why has this happened? Is it the best way to solve traffic problems?

A large sum of money has been allocated to bicycles as a means of transport in many countries. Behind this phenomenon are two major factors, and from my perspective it is by no means the best approach to resolving traffic congestion.

① C8T3: Increasing the price of petrol is the best way to solve growing traffic and pollution problems. To what extent do you agree or disagree? What other measures do you think might be effective?

② 2021.11.20: The best way to solve traffic and transportation problem is to encourage people to live in cities rather than suburbs and countryside. To what extent do you agree or disagree?

Benefits to both individuals and society have been taken into consideration. To illustrate, a great number of people, including both young students and working professionals, nowadays exert themselves in work to gain an edge over other counterparts, thus usually leading a sedentary lifestyle. In this case, the government’s offering access to bicycles can to some extent motivate the public to exercise while commuting. Besides, the whole society will also be benefitted as traffic congestion and air pollution can moderately be alleviated. More accurately, once bicycles are accessible everywhere, individuals are more likely to, when the distance is not so long, ride a bike instead of driving private cars especially to the crowded downtown area during peak hours. In this case, the number of vehicles on road diminishes, thus reducing the emissions of exhaust.

☑ gain an edge over sb. 比某人有优势

However, such a policy is far from perfection, which indicates that behind it are several flaws. To start, for most citizens, never is cycling the first option of transport. This is mainly because the commuting distance has been widened owing to the progresses of urbanization, with either instances where factories have been moved to the outskirts or instances where people dwell in remote areas in which the houses and flats are more affordable. Naturally, it is unrealistic for them to choose cycling as the mainstream of transport, and in contrast, bettering the public transit, such as opening more metro lines, is much more pragmatic. Additionally, those who regard such practice as the best solution mistakenly view private vehicles as the sole contributor to traffic jam. In reality, the roads are congested for complex reasons. For instance, the roads may be too narrow as they were simply designed to satisfy the traffic needs of the time when they were built. In this sense, if the road system is not improved, there will still exist traffic congestion with the number of bicycles increasing.

To recapitulate, the government spends more budgets on bicycles for the benefit of both individuals and society, yet it is not the best approach to tackling the issue of traffic congestion. 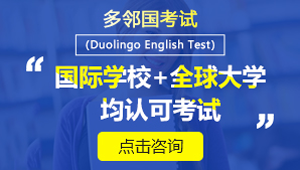